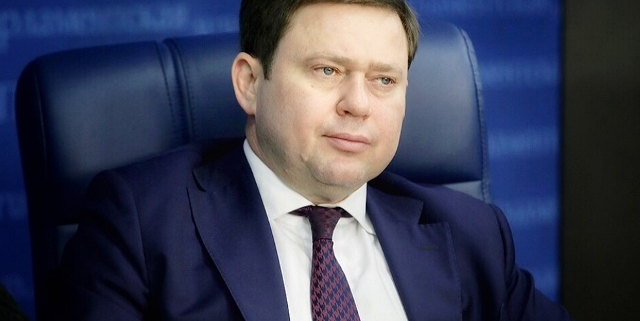 On Tuesday, July 28, Deputy Chairman of the State Duma Committee on Physical Culture, Sports, Tourism and Youth Affairs Sergey Krivonosov visited the Fortuna shipyard in the resort town of Sochi.

The shipyard’s products are aimed at private and corporate clients, as well as to ensure the work of special services and departments. Depending on the tasks assigned, specific vessel can be presented in the following modifications: an excursion boat with a passenger capacity of 30 people, a boat for towing a parachute, an ambulance boat with the possibility of installing an intensive care unit, a cruise cabin yacht for family use, an Emergencies Department rescue boat with the ability to accommodate scuba divers, a patrol boat for the tasks of the Navy, the FSB Border Service and representatives of other law enforcement agencies.
Sergey Krivonosov noted that currently there is a large shortage of quality vessels on the Black Sea coast.

Having examined the shipyard, the deputy was pleased with what he saw, stressing that this project is really being implemented and the development of its own shipbuilding on the Black Sea coast will contribute to the development of the region’s economy and its tourist attractiveness.
“Now we are working to ensure that the experience of organizing the production of the Fortuna shipyard could be useful to other regions of the country where there is a need for such ships,” Krivonosov said.
The parliamentarian also said that a bill is being developed aimed at the integrated development of the coastal zone, the creation of an infrastructure for water tourism and transport, and is intended for the optimal use of the sea coastal zone of the Russian Federation.
“It is necessary, among other things, to provide for the construction of yacht marinas, improvement of embankments and adjacent territories, as well as consider the issue of organizing high-speed sea passenger traffic in the Azov-Black Sea basin, identifying the most promising routes and efficient vessels for their implementation,” he said.
“The development of new industries, namely the construction, repair and maintenance of yachts and small boats, will provide an opportunity to create new jobs in various urban areas, which will contribute to the development of the region’s economy,” Krivonosov summed up.

Sergey Krivonosov and Alexander Muravitsky discussed the prospects for coastal...
Scroll to top